Yet another movie that has been substantially modified on Bluray. We have obtained a complete theatrical print that looks to be in very good condition. Here is a preview scan of Reel 1 in 2K, we hope you enjoy:

Interesting note, you are hearing the optical sound track. However, if you saw this film in the theatres you probably heard one of the three digital soundtracks.

Some screenshots of the test scan: 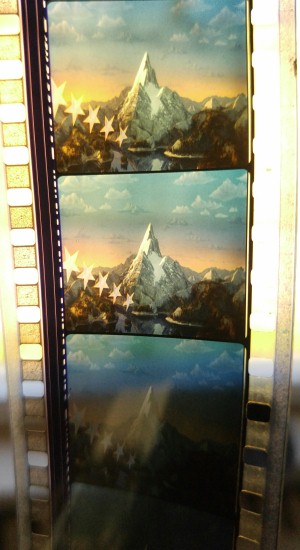 I received a number of questions about this print, mostly on ot.com. A few people were surprised this had the Paramount logo – yes prints in the UK have the 20th Century Fox logo. US prints have the quad-soundtrack, whereas UK prints do not have SDDS. Also, the way DTS works is it requires a title ID at the beginning of the film or it won’t play, therefore it is impossible to have replaced the studio logo or it wouldn’t play the DTS. We know the logo hasn’t been replaced anyway because there is no splice.

Another question regarded can we make an open-matte release? The answer is no – not with any 35mm print. The only way to get a 16:9 release of this film as seen in the 3D version is to get access to lab material, which we can’t access as much as we’d love to! All prints of this film are scope, which is film-talk for anamorphic 2.35:1 wide-screen.

Are the 2012 changes to Titanic “minor”? Well that’s for people to answer for themselves. Some people don’t mind them and that’s fine. This is a pre-digital film though and the 2012 version of the picture was created as if it were a digital film, which meant recomposing all of the optical composites like wipes and text that appeared in the original film, and even going so far as to using a different logo at the start of the film. This is a wonderful film and we hope people enjoy it in whatever version they choose. 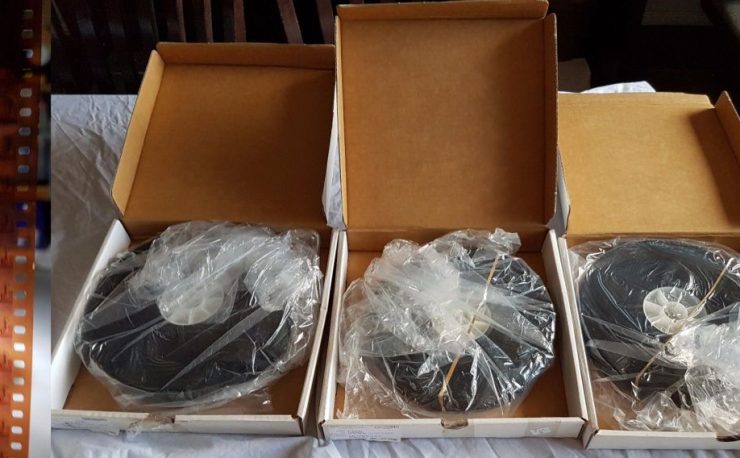 Back in the day, television programmes and films were distributed on 16mm or 35mm film. This negated the need for format conversions (PAL to NTSC or NTSC to PAL) which were difficult, expensive, and of …