Back in the day, television programmes and films were distributed on 16mm or 35mm film. This negated the need for format conversions (PAL to NTSC or NTSC to PAL) which were difficult, expensive, and of fairly low quality up until the late 80’s. Film was also cheaper than videotape until around the early or mid 80’s, making it more economical to telecine the programmes when needed to tape, and then blank the tape ready for the next programme. Telecine as a verb means to transfer film to either PAL or NTSC video, it’s also used as a noun to describe the scanning units that perform this task.

I recently came across an ebay listing with 7 episodes of the television programme “The Champions“. I thought this would make a really cool example to illustrate how television programmes were distributed on film. Interestingly these are o-negs (original negatives) intended for telecine for an Australian broadcaster. They were newly struck in 2007, but never used. Why does he only have 7 out of the 30 episodes? I don’t have a clue. If I had to guess I would guess that these were intended to be replacement reels for damaged episodes the broadcaster already had. Or perhaps the rest of the order was cancelled. Here are the pictures from the listing: 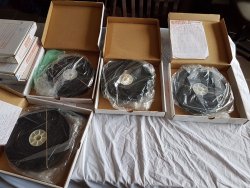 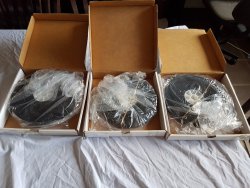 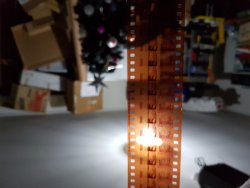 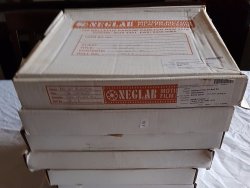 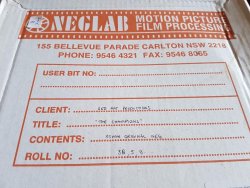 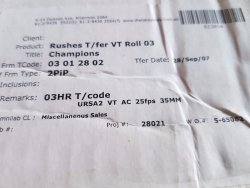 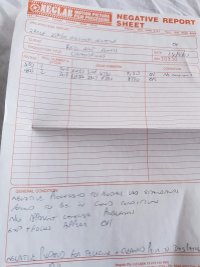 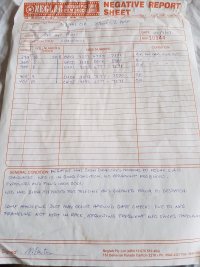 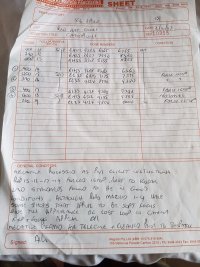 Wait… did I just say this is an “original negative” that’s “newly struck” and if so – struck from what?

O-neg is a type of film. It describes a negative film from which you can strike separation prints or interpositives. It’s also used to make the cinematic “answer print” (the early rough cut of a film). It can be made by splicing the camera negatives together, or it can be made from duplicated o-neg film. In this case the copy would have been struck either from a Master Positive Print, or from a Colour Reversal Intermediate using “reversal printing“. Reversal printing is film that develops to positive rather than negative. In this case, the film can be called “original negative”, but if you wanted to be more specific you could call it a “duplicate negative“.

The Champions runs at 48 minutes per episode, but typical print reels like these hold less than 20 minutes: 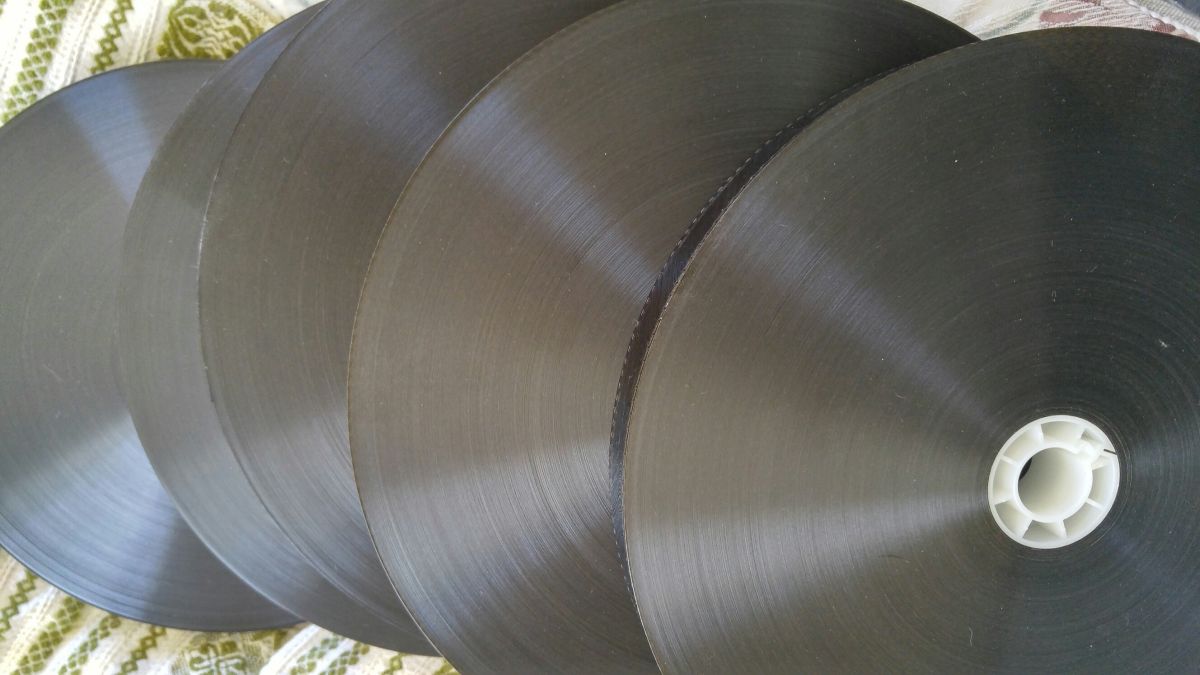 One reason the Kodak television negatives take up less room is that their frames are printed at half-height. That would mean that a 48 minute negative only needs the space of a 24 minute negative printed “normally”. But, they are also have an extra frame per second compared to cinematic film which runs at 24 frames per second. Therefore each episode reel occupies the same space as 25 minutes of cinematic film. Yet the television o-neg reels are clearly much smaller, and this would suggest that the Kodak negatives are substantially thinner than the polyester cinematic print film reels you see above.