It’s official folks, there will be no official SW release from Disney/Lucasfilm now, or ever. Well that’s what Movieweb reported anyway. The statement was given by Lucasfilm President Kathleen Kennedy during a recent Steel Wars podcast. The discussion (15:34 into the podcast):

I’m very interested, a lot has been said about the pass over to Disney, but Star Wars is a film of changes its evolved over time. Is there a contractual or a handshake agreement that the films are locked in their current form?
Steele Saunders

No, there’s no one actually locking us into anything. In fact the beauty of this relationship with the Walt Disney Company is they have been absolutely fantastic at standing back and pretty much letting us do what we want.  I wouldn’t touch those, are you kidding me? Those will always remain his.
Kathleen Kennedy

I mean the vision of George’s final cut of the film that he left us with, whether that might be altered over time.
Steele Saunders

I haven’t touched those – are you kidding? Those will always remain his.
Kathleen Kennedy

The Movieweb article is a little inaccurate, the question was clearly about whether the George Lucas Star Wars Trilogies would be continue to be altered over time rather than if the originals would see a release. But it is clear they don’t plan to release Star Wars, or any of the other films. So I thought I might talk about what this means to those who spend their time and money restoring films they don’t have the almighty never-expiring copyright to.

Star Wars has been scanned by fans more than any other film that I know about. Multiple groups and individuals have scanned and rescanned the feature from 35mm prints, and there is also the Harmy Despecialized version that reconstructs the film as well. So I thought I would show you clearly that fans have scanned this in 4K, here are two screenshots from just one of the scans that has been done:

In case you’re sceptical of their authenticity you may download the 4K 16bit TIFF image files, just click the images above (they’re about 35MB each). And no I don’t have the full film in 4K, just these previews. In contrast the last time the original trilogy was scanned by Lucasfilm was in 1993 and 1995 (some localised versions). Perhaps I could show you those in full resolution as well?

It’s easier to compare if I crop part of the picture: 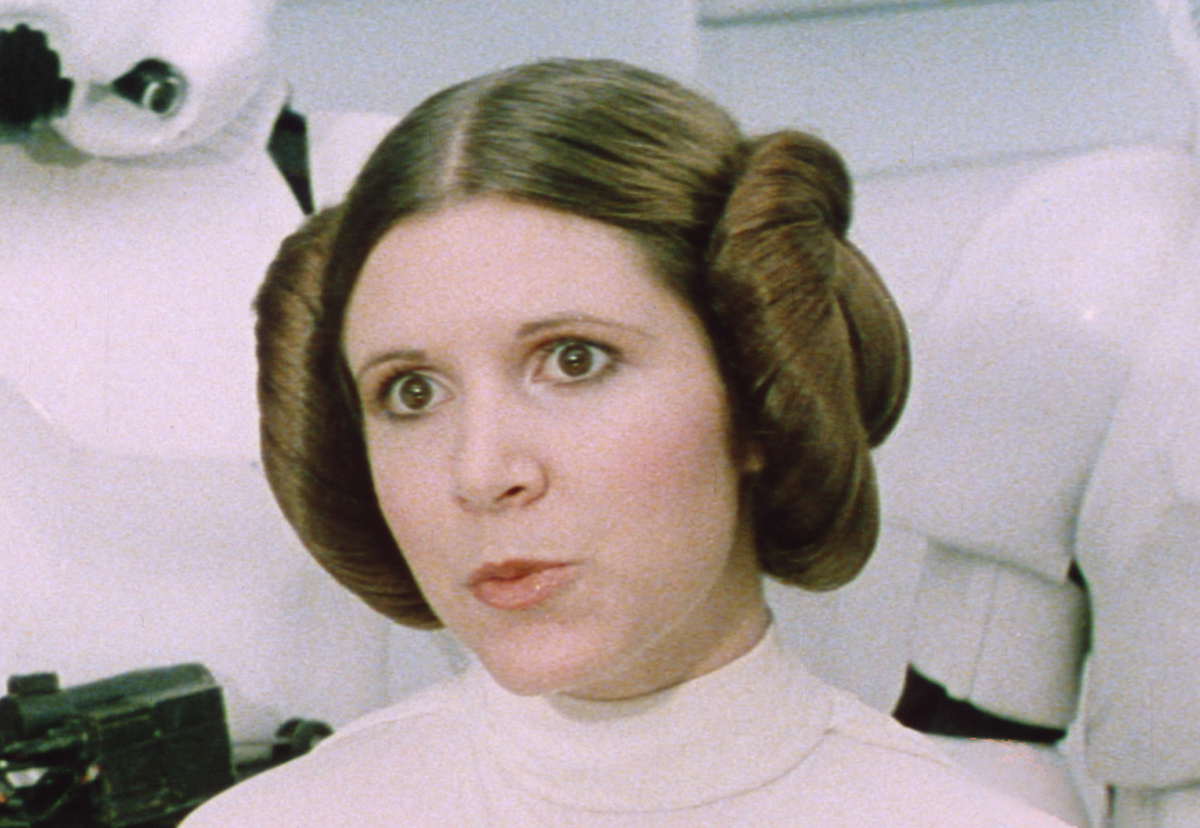 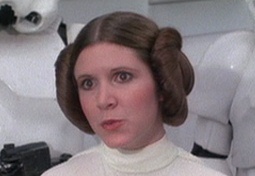 And here’s the “Special Edition” featuring “hooker Leia” taken straight from the bluray: 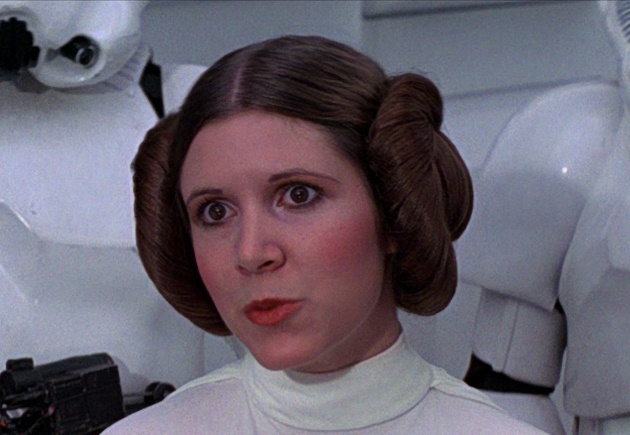 Lucasfilm once claimed that piracy hurts them, citing Star Wars specifically – remember? Well in case you don’t here’s a screenshot: 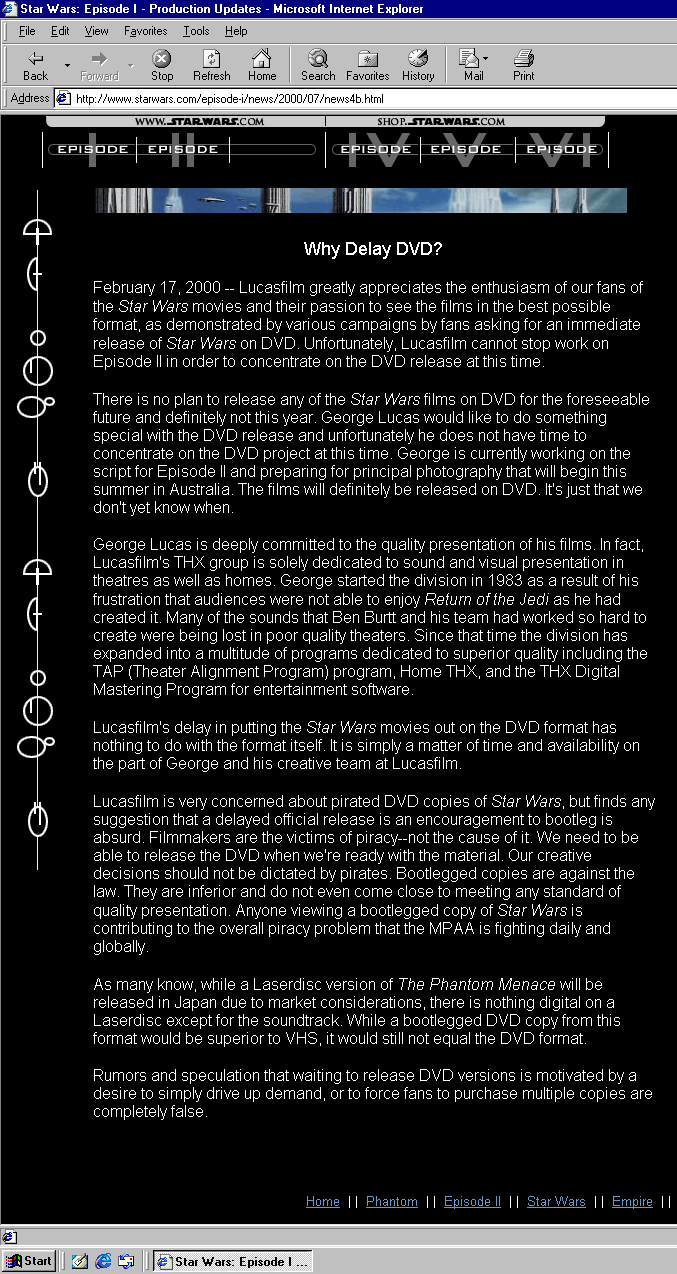 You may remember that piracy campaigns in those times tended to remind folk that the quality of pirated versions would not match that of official releases. As you see above, they were keen to point out that a digitised copy of the Japanese ‘Phantom Menace’ Laserdisc would not be full DVD quality, claiming that quality control is crucially important to them. The absurdity in the argument was it would have been more economical for them to just release a DVD in Japan, rather than the expensive and near-obsolete Laserdisc format. Perhaps they released the Laserdisc as a way to intentionally limit the quality of any pirated releases made from it? Did you notice that they weren’t shy about using the word “bootleg” rather than “pirated”? “Bootleg” has its origins in the concealment of alcohol, and commonly refers to its distribution during Prohibition, something we look back upon as unjust!

I should make it clear that I’m only speaking my opinion, and I have no involvement in any Star Wars restorations. That said, I do have my own projects and the the thing with fan restorations is we would much rather deliver a legal release of a restoration. Pirated releases are a last resort, and they hurt the restorers far more than the studios as they should be given the right to release classic films that studios don’t have any interest in releasing. If the copyright on these films were to expire, the studios would still have exclusive access to all the lab material they vaulted – o-negs, separation masters, and interpositives. Those materials are what are usually used to make digital restorations, and any restorations made from them will always be better quality than a restoration made from a print. Meaning that Lucasfilm/Disney would still retain the exclusive ability to release and sell the highest quality releases of the films anyway, but they would face honest and fair competition, and the fan restorers could rightly profit from their work. Unfortunately with the archaic copyright laws we have at the moment this is but a dream that we may never realise in our lifetime.

It’s difficult to wrap your mind around just how archaic current copyright laws are. To give but one example, imagine Mickey has a home designed by an architect – the design becomes his legal copyright. If Mickey retires and sells his house 60 years later to Andy, and Andy’s daughter Wendy inherits the property, and sells it 70 years later using the floor-plan/design to help advertise the sale… Mickey’s great-granddaughter Jenny who inherited the copyright could sue Wendy for profiting from her copyright!